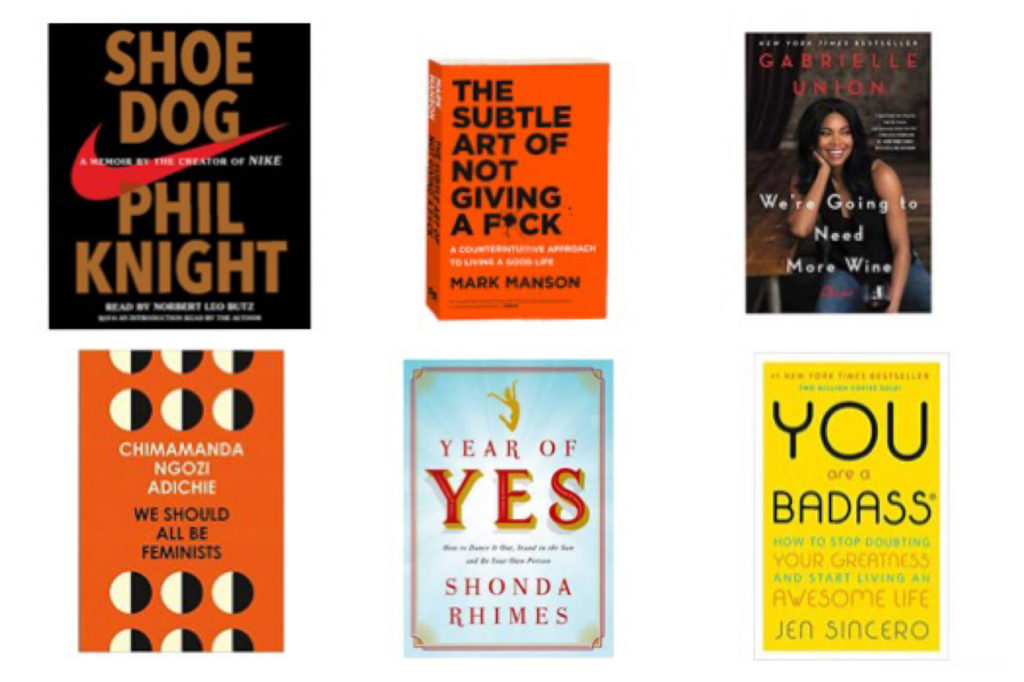 Continued from part I, part II of Twelve Good Reads Of Our Time gives you more options for books to add on to your reading list. Who knows, you may have already read one or a few. The list, written here with an except from their various publishers, is made from input from a diverse South African cohort, making it likely that you may find something that does it for you. I’ve read five of the twelve. You?

“Young, searching, fresh out of business school, Phil Knight borrowed fifty dollars from his father and launched a company with one simple mission: import high-quality, low-cost running shoes from Japan. Selling the shoes from the trunk of his Plymouth Valiant, Knight grossed eight thousand dollars that first year, 1963. Today, Nike’s annual sales top $30 billion. In this age of start-ups, Knight’s Nike is the gold standard, and its swoosh is more than a logo. A symbol of grace and greatness, it’s one of the few icons instantly recognized in every corner of the world. But Knight, the man behind the swoosh, has always been a mystery. Now, in a memoir that’s surprising, humble, unfiltered, funny, and beautifully crafted, he tells his story at last. It all begins with a classic crossroads moment. Twenty-four years old, backpacking through Asia and Europe and Africa, wrestling with life’s Great Questions, Knight decides the unconventional path is the only one for him. Rather than work for a big corporation, he will create something all his own, something new, dynamic, different. Knight details the many terrifying risks he encountered along the way, the crushing setbacks, the ruthless competitors, the countless doubters and haters and hostile bankers—as well as his many thrilling triumphs and narrow escapes. Above all, he recalls the foundational relationships that formed the heart and soul of Nike, with his former track coach, the irascible and charismatic Bill Bowerman, and with his first employees, a ragtag group of misfits and savants who quickly became a band of swoosh-crazed brothers. Together, harnessing the electrifying power of a bold vision and a shared belief in the redemptive, transformative power of sports, they created a brand, and a culture, that changed everything.”

The Subtle Art of Not Giving a F*ck, Mark Manson:

“Manson makes the argument that human beings are flawed and limited. As he writes, “not everybody can be extraordinary—there are winners and losers in society, and some of it is not fair or your fault.” Manson advises us to get to know our limitations and accept them—this, he says, is the real source of empowerment. Once we embrace our fears, faults, and uncertainties—once we stop running from and avoiding, and start confronting painful truths—we can begin to find the courage and confidence we desperately seek. In life, we have a limited amount of f*cks to give. So, you must choose your f*cks wisely.”

“…One month before the release of the highly anticipated film The Birth of a Nation, actress Gabrielle Union shook the world with a vulnerable and impassioned editorial in which she urged our society to have compassion for victims of sexual violence. In the wake of rape allegations made against director and actor Nate Parker, Union—a forty-four-year-old actress who launched her career with roles in iconic ’90s movies—instantly became the insightful, outspoken actress that Hollywood has been desperately awaiting. With honesty and heartbreaking wisdom, she revealed her own trauma as a victim of sexual assault: “It is for you that I am speaking. This is real. We are real”. In this moving collection of thought provoking essays infused with her unique wisdom and deep humor, Union uses that same fearlessness to tell astonishingly personal and true stories about power, color, gender, feminism, and fame. Union tackles a range of experiences, including bullying, beauty standards, and competition between women in Hollywood, growing up in white California suburbia and then spending summers with her black relatives in Nebraska, coping with crushes, puberty, and the divorce of her parents. Genuine and perceptive, Union bravely lays herself bare, uncovering a complex and courageous life of self-doubt and self-discovery with incredible poise and brutal honesty. Throughout, she compels us to be ethical and empathetic, and reminds us of the importance of confidence, self-awareness, and the power of sharing truth, laughter, and support.”

We Should All Be Feminists, Chimamanda Ngozi Adichie:

“In this personal, eloquently-argued essay—adapted from the much-admired TEDx talk of the same name—Chimamanda Ngozi Adichie offers readers a unique definition of feminism for the twenty-first century, one rooted in inclusion and awareness. Drawing extensively on her own experiences and her deep understanding of the often masked realities of sexual politics, here is one remarkable author’s exploration of what it means to be a woman now—and an of-the-moment rallying cry for why we should all be feminists.”

“She’s the creator and producer of some of the most groundbreaking and audacious shows on television today. Her iconic characters live boldly and speak their minds. So who would suspect that Shonda Rhimes is an introvert? That she hired a publicist so she could avoid public appearances? That she suffered panic attacks before media interviews? With three children at home and three hit television shows, it was easy for Shonda to say she was simply too busy. But in truth, she was also afraid. And then, over Thanksgiving dinner, her sister muttered something that was both a wake up and a call to arms: You never say yes to anything. Shonda knew she had to embrace the challenge: for one year, she would say YES to everything that scared her. This poignant, intimate, and hilarious memoir explores Shonda’s life before her Year of Yes—from her nerdy, book-loving childhood to her devotion to creating television characters who reflected the world she saw around her. The book chronicles her life after her Year of Yes had begun—when Shonda forced herself out of the house and onto the stage; when she learned to explore, empower, applaud, and love her truest self. Yes.”

You Are A Badass, Jen Sincero:

“You Are a Bad Ass is the self-help book for people who desperately want to improve their lives but don’t want to get busted doing it. In this refreshingly entertaining how-to guide, bestselling author and world-traveling success coach, Jen Sincero, serves up 27 bitesized chapters full of hilariously inspiring stories, sage advice, easy exercises, and the occasional swear word, helping you to: Identify and change the self-sabotaging beliefs and behaviours that stop you from getting what you want, Create a life you totally love. And create it NOW, Make some damn money already. The kind you’ve never made before. By the end of You Are a Badass , you’ll understand why you are how you are, how to love what you can’t change, how to change what you don’t love, and how to use The Force to kick some serious ass.”