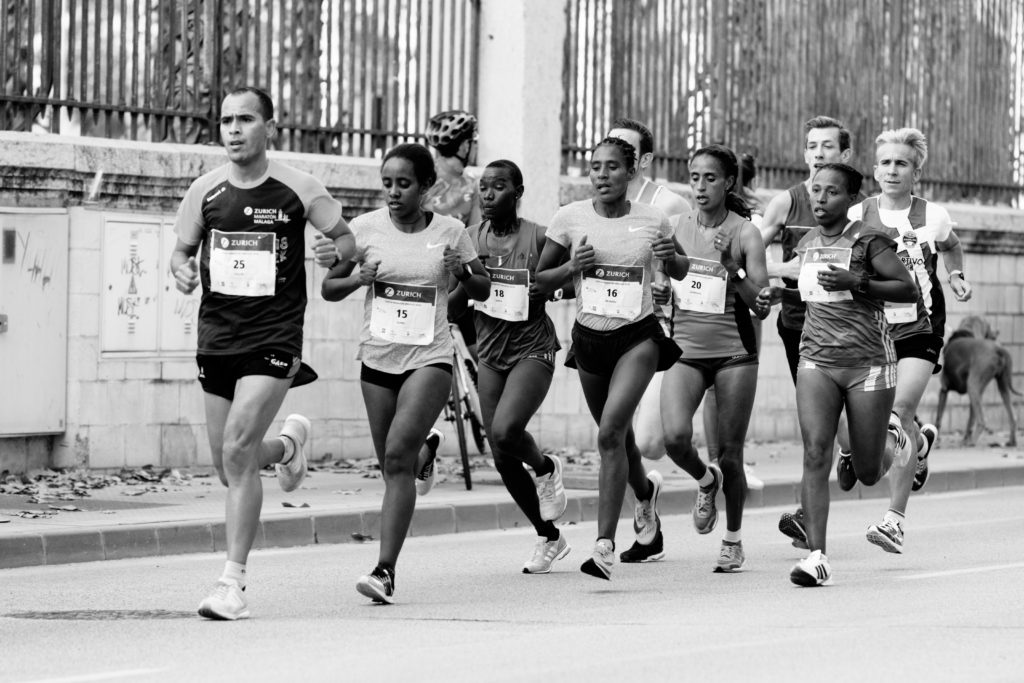 On the third of March this year I attempted my first marathon: Vaal Gate Marathon. Attempt because I didn’t finish. I started quite well though, I think. At about the 2 km mark I started getting bored. My mind wandering a lot: “What do they all think about when they all alone on the road,” I thought to myself. “Headphones, I should have brought my headphones with me,” my mind moves to the next thought. It was only after, when I shared how the race went with my honorary coach that I learnt you get disqualified if you are found running with headphones on. Luckily, at about the 5 km mark, I bump into a sub 4:30 bus (bus – that’s what they called – a group of people running together with someone leading them – called a driver – that hopes to finish within a certain time) and I’m attracted to the rhythm and chanting to which they move. My soul moves to the tempo of music, so I join in. My bad singing voice and all, I sing along. Heart. Such beauty on the road.

But then I remember: my goal is a sub 4. Sub is a running term for finishing within the hours specified by the numeral that follows it. So that my goal of sub 4 can be interpreted as wanting to finish the marathon within 4 hours. I pick up pace and leave them behind. I’m all hyped up at this point, boredom and all now gone. I initially meant to run my first marathon by Marakele in Limpopo but my honorary coach had advised against it seeing how hilly it is. Vaal Gate being relatively flat, I was confident I can wing it. At about the 11 km mark, knee pain visits. I have to finish, so I don’t pay much attention to it. Actually, I had planned to run my first marathon by Wonderpark in Pretoria in January, but same knee problem had prevented me. Nursing which, I had postponed out the first Marathon by a month. At about the 12 km mark, my phone decides to die on me. By now, I’ve had to slow down a bit to cater for the pain. But I keep pushing. By the 17 km mark, I was running and walking, running and walking.

At this point, I meet this wonderful lady. She sees me walking and decides to walk with me. She is in asset management, she tells me. We make small talk. She is trying to qualify for Two Oceans, she explains. We decide that the 21 km mark is so close and that we will pace each other. The plan is to run for five minutes and walk for a minute for the entire duration of the race. I had long given up on a sub 4 at this point. We had both started out so promising that with even this new arrangement, by our calculations, we could still make a sub 4:30. At about 19 km I decide to tell her to leave me behind because I think I will slow her down severely, having asked for breaks even before the 5 minute run we had set ourselves had passed. At this point, the pain – but not pain exactly – more an inability to run, is so severe, muscles so stiff, I can’t manage to run properly.

By grace, I meet another gentleman from my running club who offers me pills and rub rub (at least that’s what I grew up calling it). He walks with me for about a kilometre or so, until we get to the point where the 21km and 42km route separate. I also decide to let him go. I know I have an important call to make when I get to that point of diversion: do I continue the 42 or finish the 21. I had run for about 2 hours 20 minutes when I got to that point of diversion. I decide to continue at it. I’m limping running by this point. I have the promising start by me, so I’m still optimistic of a sub 5. The sheer amount of camaraderie and goodwill on the road is immense. The number of people who show care is just impressive. I get why road running isn’t a competitive sport for some people: a community built around ensuring that each person completes.

At about the 27 km mark, I become the very last person in the race. The breaks have gotten longer. They no longer just involve walking, but extend to seating also. The emergency people advise that I will manage a sub 6 at the rate I’m at, at best – or not make the cut at all. I think hard. Maybe this is what self-care looks like. Quitting to preserve one’s self. This surely isn’t defeat, right? I ask the emergency people to take me back. I bump into a varsity best friend, who had passed me at some point and who was doing a 21km. She advises me to finish the 21km instead. So I go back to that point were the 21 and 42 km diverged, and walked to the finish line. My running coach had already told me that running with an injured knee may make it worse. I chose self-preservation, there’s still another marathon to run. 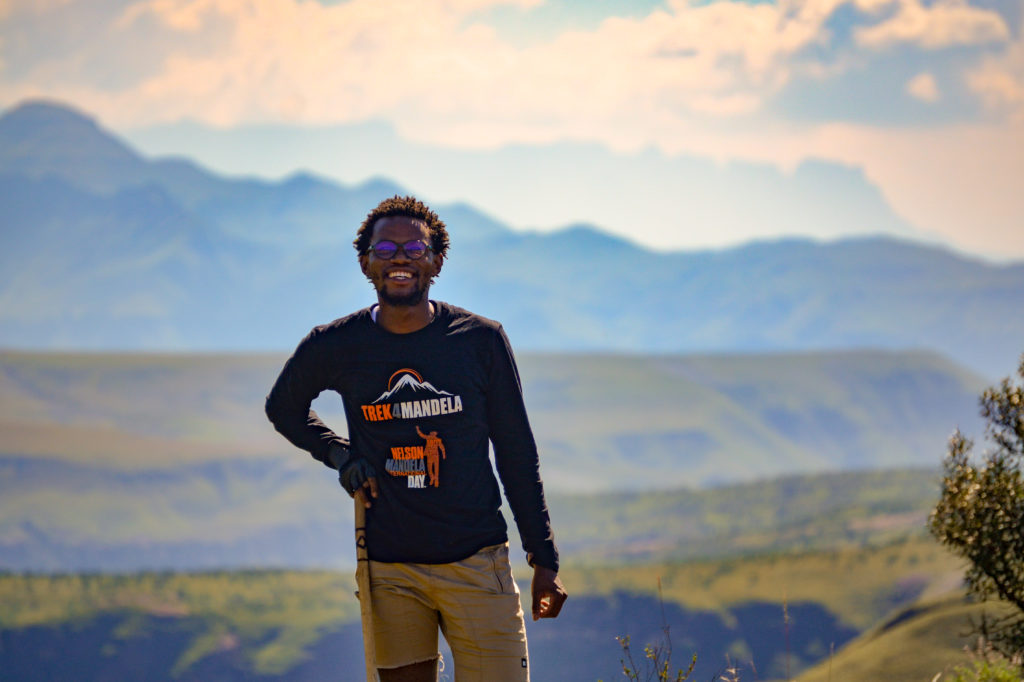 Aaron Khulu intends summitting Mount Kilimanjaro on Nelson Mandela Day this year as a way to fundraise for a program called Caring4Girls, that is run by a charity called Imbumba Foundation. To make a donation to his fundraising campaign, please follow this link: https://www.givengain.com/ap/aaronkhulu.